I swear I have had the *best* luck of  experiencing so-called ‘childhood diseases’ as an adult. I got chicken pox in my late 20’s and, recently, what we here in Trinidad & Tobago call ‘red eye’ (essentially pink eye or conjunctivitis). How did I become the recipient of this wonderful malady you ask? My son, of course!

A week ago he was bouncing off the walls because he could not wait for Friday, because they had an activity where he was going to paint his Popsicle stick house that he had been talking about building all week. Thursday he comes home normal, but by the evening his nose was running and he was sneezing. We both said, ok then, that means no school tomorrow if you wake up like this. Friday morning he wakes up and I was shocked to see his left eye swollen and red. He had gotten the dreaded ‘red eye’ that was currently making the rounds about the country. Yay…. 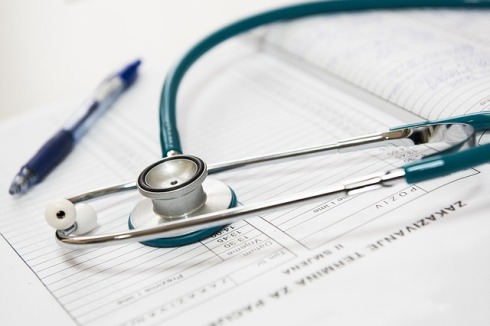 Friday prep for school became prep for clinic. We went and were told we had to stay outside (it is highly contagious). After an unnecessarily long wait, the doc saw us and…did not trust her own judgement to say that it was truly what it looked like, so she sent us to the children’s hospital at Mt Hope. So, since I do not have a personal vehicle, away we went utilizing public transport…(I apologise to all the people we potentially infected). I tried my best, I kept him close to me and was using my hand-sanitizer every few minutes and made sure he did not touch his eyes. But, by the time we got to Mt Hope, his second eye was already pink and I had mopped up his drippy nose and runny eyes so often I had a collection of used tissues in my bag. I hoped that my hand sanitizer and OCD hand washing would protect me.

At the hospital the doctors did all the necessary checks, diagnosed him and gave him a prescription, (some I got free at the hospital woohoo!) and sent us on our way.

Sidenote: I am always so indebted to the lovely nurses and doctors at the Mt Hope Children’s Hospital. I have never had a bad experience and they (bless their hearts) have never been short or cross with us. Kudos to these hard workers! Parents really appreciate you!

Back home then, tired and travel worn, we cuddled up on the couch. Well, he sat next to me while I played a game on my tablet and things were great, and his eye was less swollen and I was praising myself for all my handwashing and hand-sanitising and then…he sneezed; right in my face. I felt the spray hit my eyeballs and that, my friends was that. By Saturday, my right eye was red and by Sunday my left eye joined the party. Yay…

I would say that me getting my prescription was easier than what I went through with him, but no. Same initial doctor at the clinic, an even longer wait, same unneeded referral to Mt Hope. This time I dealt with a doctor who seemed most pissed and fedup of ‘red eye’ referrals, questioned the intelligence of the referring doctor, and promptly wrote me a prescription for some eye drops. Again, I am sorry to the people I potentially infected due to my use of public transportation (I was still upholding my hand washing and sanitising and minimal touching practice, so I do hope that number is zero).

Almost a week into this quarantine, lysol spraying and bleach/water combo sanitising, and L is right as rain. He has been back to his old self since about two days after – a testament to the super healing powers of children. I am now slowly regaining the whiteness in my eyes. Our two week quarantine will be up soon and he will be back in school (where he desperately wants to be).

You may wonder about my hubby, well, he managed to escape the scourge due to all the constant sanitising practices. I strongly feel that if I had not been sneezed on I may have as well.

I do hope that I don’t have to deal with any other major disease that has to have us quarantined for weeks at a time. I can only assume who L got this from, and frankly it does not matter at this point. We treated and we are moving on and after this, we will be taking him for his two booster shots (MMR and Chicken Pox) and I swear if they offer any other shots, once they are tested, we will be letting him have it. If there is a vaccine for it, I want it. Lord only knows I don’t want to have to deal with this again!